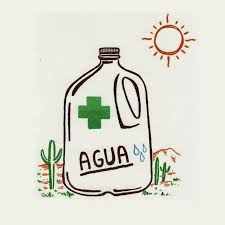 No More Deaths is a humanitarian organization based in southern Arizona. It began in 2004 in the form of a coalition of community and faith groups, dedicated to stepping up efforts to stop the deaths of migrants in the desert and to achieving the enactment of a set of Faith-Based Principles for Immigration Reform. We later developed into an autonomous project. Since 2008 we have been an official ministry of the Unitarian Universalist Church of Tucson.

This special collection honors their work and that of other news and non-profit organizations covering the immigrant crisis at the Southern border of the United States of America.  Donate here to No More Deaths.