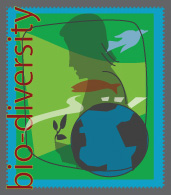 On March 7, 2017, Arctic sea ice reached its annual wintertime maximum extent, according to scientists at the NASA-supported National Snow and Ice Data Center (NSIDC) and NASA. The Arctic sea ice extent set a record low after a warm winter. Combining the Arctic and Antarctic numbers shows that the planet’s global sea ice levels on Feb. 13 were at their lowest point since satellites began to continuously measure sea ice in 1979.

This video is public domain and along with other supporting visualizations can be downloaded from the Scientific Visualization Studio at: http://svs.gsfc.nasa.gov/12537

If you liked this video, subscribe to the NASA Goddard YouTube channel.
Email a Friend
Return to Listing