The Deal with the Devil performed by RAZZ

Operation Crossroads – Bikini Atoll where we dropped atom bombs on coral reefs. Electric violinist Razz travels to Bikini to bring some music to the radioactive landscape.

On March 7, 2017, Arctic sea ice reached its annual wintertime maximum extent, according to scientists at the NASA-supported National Snow and Ice Data Center (NSIDC) and NASA. The Arctic sea ice extent set a record low after a warm winter. Combining the Arctic and Antarctic numbers shows that the planet’s global sea ice levels on Feb. 13 were at their lowest point since satellites began to continuously measure sea ice in 1979.

This video is public domain and along with other supporting visualizations can be downloaded from the Scientific Visualization Studio at: http://svs.gsfc.nasa.gov/12537

This video was produced as a gift to humanity by Sustainable Human (sustainablehuman.me). Visit us to find out how you can support and create videos like How Whales Change Climate in collaboration with a global team of volunteers. Together, we can change the story of the world. Published on Nov 30, 2014
Date unknown Format Documentary
Length unknown Keywords SustainabilityMember of Special Collection Climate Change More Details
Email a Friend
Bird Versus Wind Turbines by New York Times

A conservation effort across the West to protect the sage grouse, a bird with an unusual mating call, has put different environmental interests at odds. Published on Jul 22, 2014

Subscribe to the Times Video newsletter for free and get a handpicked selection of the best videos from The New York Times every week: http://bit.ly/timesvideonewsletter
Subscribe on YouTube.

The proposal to strip protections from most wolves across the lower 48 states has left many shocked and angry. Help spread the word by sharing this video today. More information on Defenders of Wildlife here.  Founded in 1947, Defenders of Wildlife is a major national conservation organization focused solely on wildlife and habitat conservation and the safeguarding of biodiversity. Published on Jun 26, 2013

Wildlife cameraman Doug Allan is passionate about the environment and the oceans. In this clip he talks about the issues of plastic pollution in our oceans and how it has changed over time and what his emotional response is to plastic in our oceans. Uploaded on Dec 29, 2011.

Sumatran orangutans are critically endangered and without urgent action could be the first Great Ape species to become extinct.

SOS is dedicated to turning this situation around. We do this by:
Raising awareness about the importance of protecting orangutans 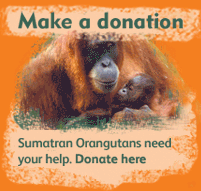 and their rainforest home; Supporting grassroots projects which empower local people to become guardians of the rainforests;
Restoring damaged orangutan habitat through tree planting programmes; and campaigning on issues threatening the survival of orangutans in the wild.

Help us protect orangutans, their forests and their future.

SOS was established in 1997 by the late Lucy Wisdom.

In conjunction with the museum's spring 2007 exhibit "Robert Adams: Turning Back" we sent Daniel Houghton '06 to Oregon to interview photographer Robert Adams. Published on Nov 2, 2012

Short listed for the Prix Pictet, The global award in photography and sustainability.

Saami youth describe issues affecting their culture due to climate change, most particularly how unstable conditions are affecting reindeer. Their best-known means of livelihood is semi-nomadic reindeer herding, with which about 10% of the Sami are connected and 2,800 actively involved on a full-time basis.

Rhiannon Tomtishen & Madison Vorva created Project ORANG (Orangutans Really Appreciate and Need Girls Scouts) in 2007. They discovered that the Girl Scouts' iconic cookies contain palm oil, and that palm oil plantations are one of the leading causes of orangutan habitat destruction. They started a campaign to get the Girl Scouts to replace palm oil with a more eco-friendly oil instead. They have since partnered with Rainforest Action Network,

co-authoring a petition that has generated more than 70,000 emails to the Girl Scouts headquarters.  Both a great admirers of Jane Goodall.